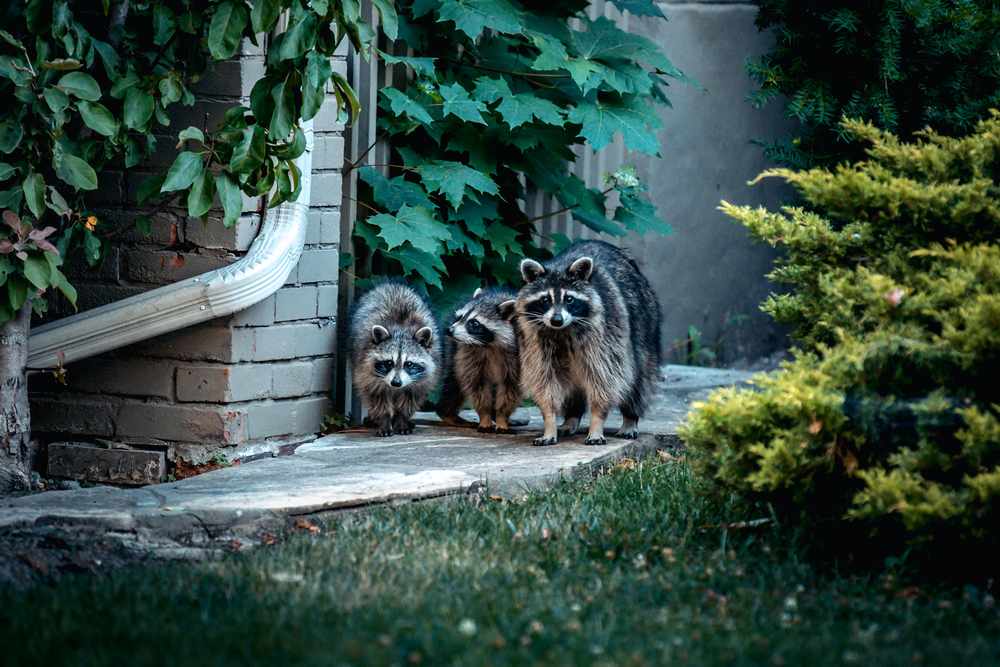 Wild raccoons and city raccoons are very different animals, comparing them is pointless but here we go anyway.

Wild raccoons are omnivores like their city based cousins. They will eat just about anything but have a very different diet from city raccoons. They tend to live on nuts and berries and the field mice they catch. They like fish and will sometimes try to catch one. They also eat leftovers from large carnivores and eat parts of the animal the carnivore was not interested in. Wild raccoons are also like their city counterparts in that they don’t make their own dens.

They find dens made and left by other animals. In the case of the wild, these are much harder to find and also more natural. The raccoon in the wild may live in an old burrow make by large rodents or a hollowed out tree. They are opportunity in that way. They will find whatever home they need and rarely build one themselves. As you can see wild raccoons live a different kind of life, they have the threat of predators which city raccoons do not have but in exchange they have much better food and water sources.

Raccoons in Toronto are far more opportunistic and will happily break into an attic or a basement to make its nest and it is happy to live mostly on garbage. There are a lot of differences as the city raccoon has no predators its not easily scared and unlike the wild raccoon it doesn’t run away from humans. They tend to approach humans for food and even try to steal food from humans and pets. They are wild animals in the wild but in the city they are far more like pests.

How Do Raccoons Get on Your Roof →

Love ’em or hate ’em, they’re impossible to ignore. So, in the spirit of “keeping your friends close and your enemies closer,” why not invite these pesky, tenacious and somewhat adorable critters into your home, dorm room, cottage or office?